LUSH Cosmetics are a great brand because they have great ethics, and also because they have a range of ‘naked’ products that don’t come wrapped in plastic, or in plastic bottles. I have been using their solid shampoo bars for years and really like them. Recently, they have started making solid shower gels.

I have used two of these previously (Snow Fairy and Twilight) and found them really great. Like the solid shampoos, they last such a long time! The Ectoplasm naked shower cream is the latest one I have tried. I thought it was a Halloween special, but they seem to still be selling it, so maybe it is here to stay. I have been using this product for about two and a half months and it has nearly run out now. Unfortunately, I didn’t take a photo before I used it, and there is hardly any left now to photograph. This is a link to the product on the LUSH website where you can see what it looks like:

https://uk.lush.com/products/halloween-2018/ectoplasm-1 (Edit 27/1/19: This product no longer seems to be on the website, so it must have been a Halloween special after all, but you can still look at their other naked shower gels on that page.

My experience with this product

My first impressions were that it is an attractive colour – really bright fluorescent yellow, which is fun and unusual! Great for Halloween. It smells strong, and it is a nice, citrusy smell. I haven’t especially noticed the smell lingering on my body after my shower though.

It comes in a ‘half bottle’ shape – it is flat on one side and rounded like a bottle on the other. They used to make them in a full bottle shape without the flat edge. They are slightly longer now so you still get the same amount in the bar, even with the flat edge. I found the old shape a bit easier to handle as I would stand it up in a soap tray rather than laying it down. The new shape is quite long to fit into a tray and doesn’t stand up, and this also means it can soak up more moisture by laying down. But I don’t really find this to be too much of a problem.

How I used it

You can use the solid shower gels by rubbing them straight onto your body, but I prefer to rub them onto my shower puff and then rub that on my body. I find they last longer that way, and they lather up more. Ectoplasm doesn’t lather up as much as the previous ones I’ve used, but I realised that this is because it is a ‘shower cream’ rather than a ‘shower gel’. I’m not really sure what the difference is, and it doesn’t say much about it on the website. I get the impression that a shower cream is supposed to be more conditioning – more like a conditioner for the skin, rather than a cleanser, although it cleans too.

I found that I need to rub a lot more onto my shower puff in order to get enough to clean all over my body. Therefore it hasn’t lasted as long as the previous solid shower gels I used (which lasted around 6 months!) But I didn’t really mind this because this is the nature of the product, being a shower cream, and it was probably more conditioning for my skin although I didn’t specifically notice this. My skin is fairly normal and I don’t tend to notice a need for conditioning in the first place. But it’s nice to know that it may have been keeping me ‘conditioned’! It still lasts just as long (if not longer) than a liquid shower gel of the same volume.

The creamy nature of this product also means that it is quite soft. It is definitely a softer texture than the solid shower gels. This means that bits can easily scrape off, so you can make a mess if you are not careful, especially as it is such a bright colour! At least you notice if bits have fallen off or rubbed on something because you can’t miss the colour!

I haven’t tested whether it stains or not, but it’s probably best to avoid getting it on clothing, or washing it off as soon as possible, just in case! The softness also means that it would probably dissolve faster if it gets wet, and so you’d get less use out of it. So it’s best to keep it away from splashes of water to prevent it from getting too wet. I keep it out of the shower when I am not using it, and when I am using it I put it on the highest shelf in the shower rack.

Pros and cons of the Ectoplasm naked shower cream

I liked the Ectoplasm naked shower cream and I would use it again. However, next time I would probably choose a solid ‘shower gel’ rather than a ‘shower cream’ as a preference because they are less messy, lather up more and last longer.

LUSH also does a liquid version of this shower gel, if you think you would prefer that! (Edit 27/1/19: they don’t have it any more, but it might be back next Halloween!)

It's the time of year when the wild blackberries are starting to ripen! 🍂

But when's the best time to pick them? 🙄

Did you expect University to be just like school? 🏫

Have you ever tried detox foot pads? Did they work for you? 💕

I wasn't convinced they did anything for me, but it was an interesting experience! 🦶

I wrote about it here ⬇️⬇️⬇️

The top pic is the stats I used to get on Pinterest. The bottom pic is what I get now 🙄 I've emailed them 3 times but they haven't been very helpful. I've been following the advice for the new algorithm but I've seen no improvement. Anyone else still having Pinterest problems? https://t.co/xswSTQ6goa
View on Twitter 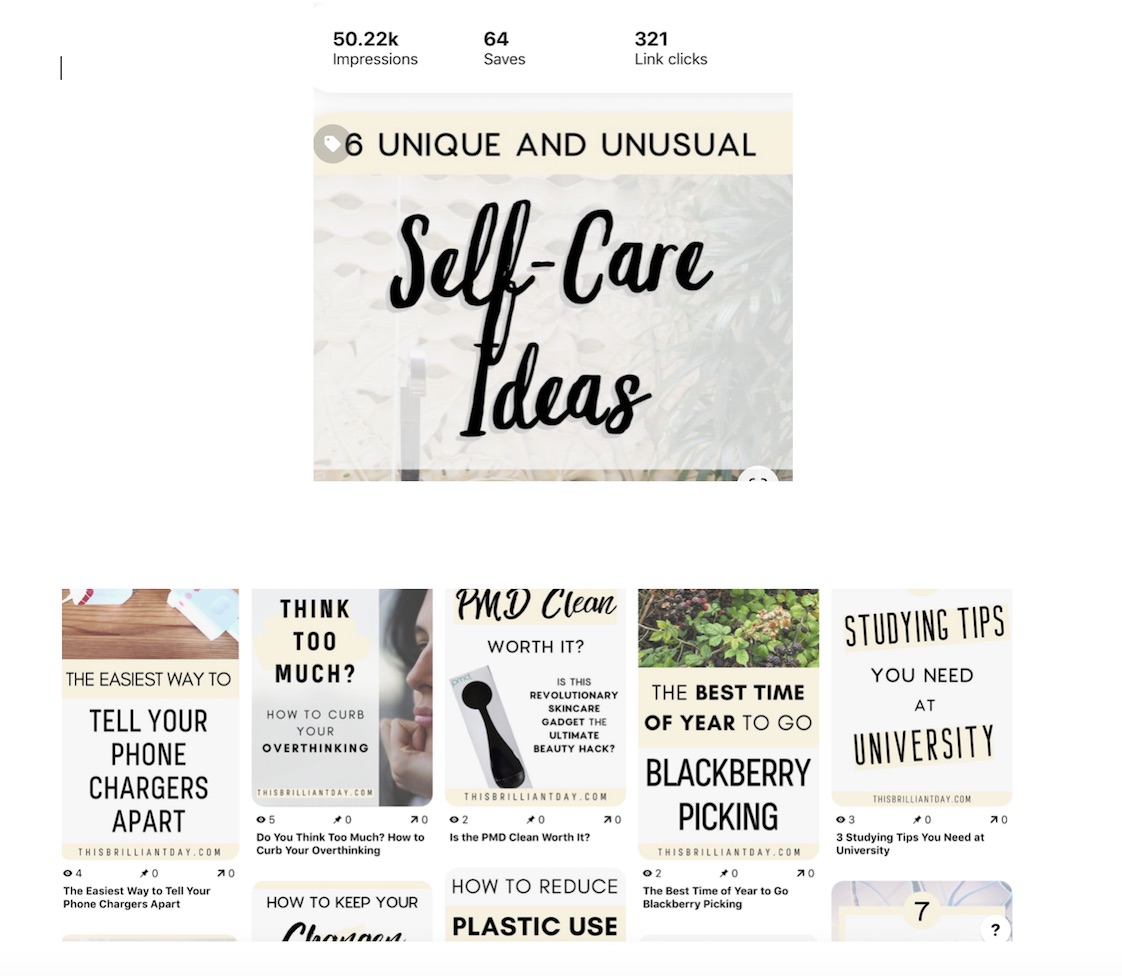 Thoughts can be so powerful - I try to think as positively as possible so that I can stay in a good mood! ✨

Do you have lots of similar looking chargers for your phone, tablet etc? 📱

Mine looked almost identical so I found a way to colour-code them! ⬇️⬇️⬇️